Roads identified in Infrastructure Australia’s Northern Australia Audit, along with other roads identified as priorities by the states and territories, such as those connecting communities, or regional towns to ports, were considered for funding.

Works to be undertaken include upgrades and safety and productivity improvements, such as road widening, overtaking lane construction and pavement renewal. 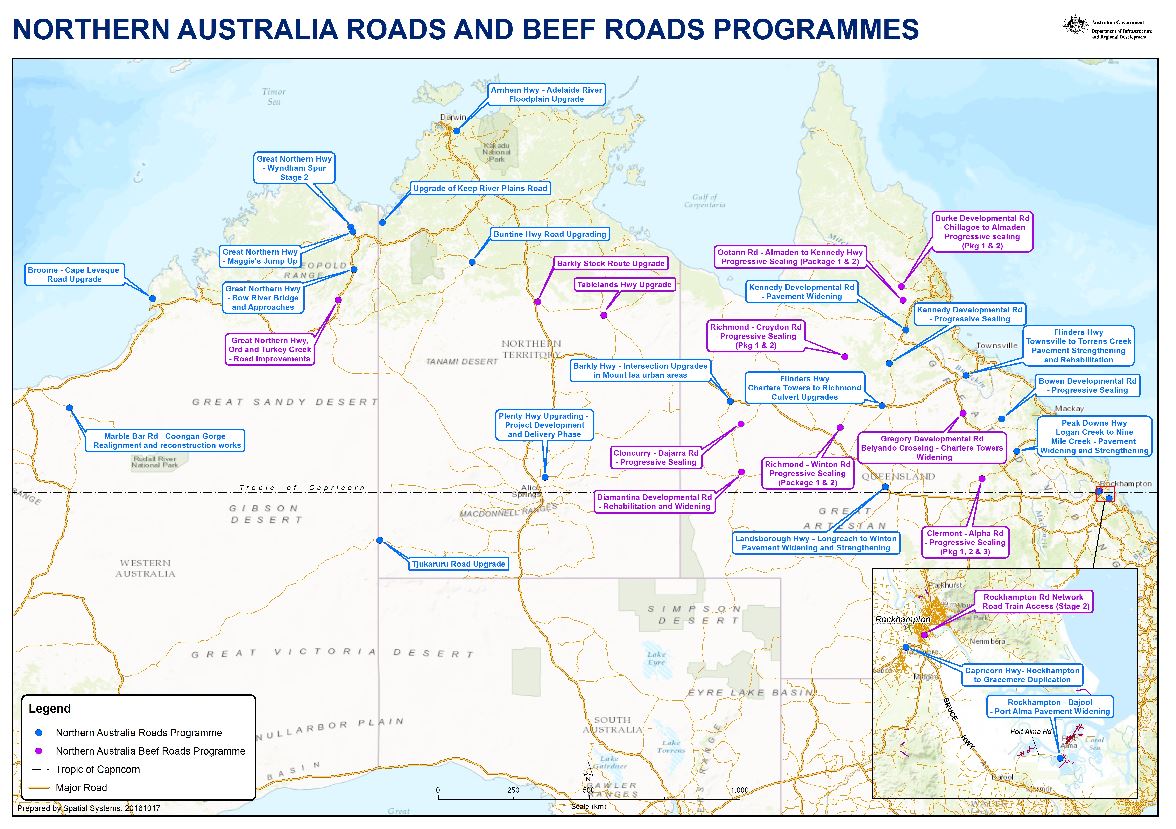